Essential Must Haves On Carnival Cruise

Empanology: A Great Place To Eat

37 Life Lessons I Learned To Live A Happy Life

Why Mazda CX-9 Is The Perfect Family Car

My Interview With Priscilla Shirer On Her New Book “Awaken”

Book me to speak at your event

If God wrote a letter about Me

If God wrote a letter about me this is what I think he would say: 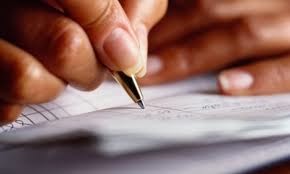 There’s a girl named Tamara Nicole Murray her mother died when she was six and her father died when she was thirteen. She has a hard time understanding that what happened to her was for her good. I had her life in my hands. Tamara grew very angry and bitter towards me she thought I hated her. Tamara had a lot of self hate and many times tried to commit suicide but I love my daughter so much I couldn’t see her die. She excelled in the world but spiritually she was dying. Every time I tried to talk to her she ignored me it grieved my heart. Tamara went as far as trying to jump out of a 20 story window I called her to stop and she heard me and got down off the ledge of the window. She got down on her knees and told me that she needs me and loves me and she can’t do this by herself. I sent angels to minister to her. I rejoiced over her my daughter finally listened to me. Over time my daughter say her self worth through my eyes she is beautifully and wonderfully made in my image.

Tamara N South is the founder of Simply T Nicole lifestyle blog she seeks to inspire, uplift and encourage others in Christ. Tamara has been featured in Ebony, HypeHair magazine, Today and 2014 chosen as Family Dollar Blogger. She is a writer for Huffington Post. She has a Master degree from New York University in Sociology of Education.

Do You Know How Special You Are!

Experiences To Enrich Your Existence

Doing Good Isn’t Always Easy In The World Of Nonprofits

Bible verse of the day

The Lord is righteous in all his ways and faithful in all he does.
Psalm 145:17
DailyVerses.net

I am a Birthday Fairy